Working the seafood industry for a season in Alaska can be some of the greatest memories and money you ever experience in such a short time. With the industry being so large, however, it can be hard to grasp the types of jobs that are available and where these certain jobs are located. In the pages that follow we do our best to explain the fishing industry as it exists in Alaska, flushing out some of the confusions behind the different type of work that is available as well as the many different job descriptions.

Jobs within the seafood industry vary greatly depending on whether an employee works onshore or offshore and depending on the fish that they work with. For example, a processor working offshore will have very similar work whether they are processing salmon or ground fish. They will probably be cleaning, gutting and possibly canning the different types of fish. However, because the fish themselves are different and often used differently by purchasers, the ways in which the fish are processed (cleaned and gutted) might be different. It is in this way most of the jobs differ between certain types of fish. Additionally harvesters (those who catch fish) typically work similar jobs between the different types of fish but their jobs vary slightly because the boats for catching fish are different.

The best way to begin understanding the fishing industry in Alaska is to know of the popular fisheries that run in Alaska. These fisheries are salmon, crab, groundfish, halibut and herring. Within these fisheries there are jobs that exist onshore as well as offshore. When first beginning in the industry it is wise to pick whether you want to work onshore (typically as a processor) or offshore (usually as a harvester). The number and types of onshore and offshore jobs that exist vary greatly. It is advantageous to know that most first-timers begin as onshore processors. These jobs are in the greatest abundance, the easiest to train and usually lead to offshore or higher paying harvesting and office work jobs, in the following seasons.

The following are brief overviews of the different fisheries in Alaska.

Of all the fisheries, salmon is the most well known and perhaps the most lucrative. In 2002, the salmon season was at an all time low, a factor that was largely attributed to the popularity of farm grown salmon and fluctuations in the industry. However, in 2005 the salmon season peaked to its highest point in nearly ten years and yielded excellent numbers in 2006 as well. The overall popularity of farm grown salmon has dropped significantly due to research that Alaskan salmon tastes and is also better for you. This, along with 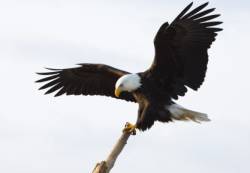 several seasons that have yielded incredibly high catch numbers means this is an excellent time to go into a salmon fishery. Most of the salmon fishery jobs are processing jobs, simply because there are so many. This means that with little to no experience, college students and other seasonal workers are earning thousands in a season working the salmon industry in Alaska.

Processing jobs for the salmon industry are also an excellent idea in terms of seasonal work mainly because processors make the same amount of money whether the season does well or whether it does poorly. This is because processors are paid by hour and their paychecks have no basis on the amount of fish caught in a season. Harvesters on the other hand, are paid hourly as well as on how much fish their unit brings in within a season. Regardless of this fact, season highs and positive prospects for the next few years means the salmon fishery is an excellent employment choice for both harvesters as well as processors.

The Groundfish fishery in Alaska has been going strong for quite sometime now. Ground fish include all of the following and are harvested as groundfish in Alaska: Black cod, Pacific cod, several flat fish and Atlantic flounder.

The groundfish fisheries are closely monitored with strict numbers of allowable biological catch (ABC) and total allowable catch (TAC). These numbers are set by Fishery Management Councils and are in place to ensure that the number of fish populations in the wild stay at healthy levels. Groundfish fisheries have been seeing excellent numbers in recent years and the popularity of the fish fetches high prices on the market, yielded excellent paychecks for deckhands who work a solid season.

Crabbing has made quite a name for itself in terms of the money one can earn in the industry as well as the safety issues surrounding this fishery. Have you ever seen the Discovery Channel show, Deadliest Catch?

The crabbing industry in Alaska mainly crabs Dungeness, Alaska king and Tanner (Opilio and Bairdi) crab. The money associated with crabbing is usually very high and fisherman can earn incredible amounts in only a few months. Since the popularity in crabbing has risen, extra safety measures have been taken to ensure that crabbing units are not crabbing during bad weather and that the industry takes extra safety precautions during the season.

While crabbing is popular both because of the money as well as the adventurous aspect surrounding the industry, it isn’t a viable place to begin. While it is true that some greenhorns are brought onboard as crabbers in their first season, this is very uncommon. For someone interested in working the crab industry it is best to start out as either a processor or in some other fishery and work your way in. The crews who crab must have impeccable teamwork skills and it is for this reason deckhands are chosen carefully and under great scrutiny.

Halibut can be harvested all along the Pacific Coast however, nearly three fourths of U.S. and Canadian commercial halibut harvests take place out of Alaska’s Gulf. Halibut are a popular whitefish known specifically for their odd shape. Ranging anywhere from 20 – 200 pounds, halibut is yet another popular fishery coming out of Alaska that in recent years has been doing quite well. The fishing industry is naturally subject to fluctuation and the halibut fishery is no exception.

The halibut industry used to be run in what was termed ‘derbies.’ This meant that over a period of week, working shifts lasting 24-48, a deckhand could make nearly $8,000. This had a number of adverse affects on the industry and now, the derbies no longer exist. The good news is while you won’t find a position where you can earn so much during such a short amount of time, the industry has leveled out from such peaks and now deckhands can make considerably more in a season with little to no risk. Like many of the fisheries in Alaska, halibut levels are closely monitored and safety precautions implemented.

The Herring fishery in Alaska, like others, has had its rougher times. In the late 50s Peruvian anchovies flooded American and Japanese markets nearly eliminating the Alaskan herring market. Now however, the herring industry is doing remarkably well, with highly priced fish eggs being sold to Japan as delicacies. Herring is a fish more commonly priced for its fish eggs, it’s potential as bait and its use in combination with other processed foods rather than for eating directly. And while the number of catches is monitored in order to maintain healthy wild populations, these numbers are also in place to protect the industry. Only a specific number of herring licenses are given out each year to ensure that the fisherman harvesting and processing herring remain in a profitable business. What does this mean for potential employees? It means that the herring fishery is another great fishery to find employment within.