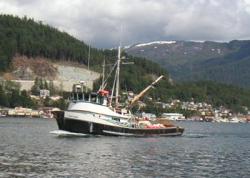 Fishery is a term applied to the harvesting method of a certain fish, the area where the fish is found and the season where harvesting that certain fish is at its best. The Alaskan Seafood Industry, as we explain it, is sectored into five Alaska fishing areas and into five fisheries: herring, halibut, ground fish, crab and of course, salmon. Each of these fisheries have different vessels used to harvest fish, different harvesting methods and thus, different jobs. While salmon is perhaps the most discussed and most popular fishery out of Alaska, the other fisheries are doing very well. The Alaska crab industry for example has been bouncing back from record lows in the 1980s, to a successful and plentiful fishery now. Whatever the area you would like to work in, the type of fish or seafood you would like to process or, if your only goal is to simply make good money over the summer – Alaska is a great place to achieve that goal. If you are well prepared, you will be raking in money well earned after a fishing season in Alaska.

Each fishery, or type of fish harvested, exists within the fishing industry differently. Here, we explain the different types of vessels used to catch and harvest these different fish, while also outlining the jobs that are available as a result of these differences. For example, small boats that don’t house their own freezers have to dock with processing ships or bases in order to drop off their catch. Some large vessels however, have their own freezers, so on top of catching fish your duties might also include those that fall under processing. Each type of fish is processed differently and each fishing industry has both large and small businesses that operate within. As you can see, this means a lot of diversity in the type of work the seafood industry in Alaska provides to eager workers.  Generally however, the industry is separated into processors and harvesters, on shore workers and offshore workers. We will explain these differences and the jobs that exist within, in greater detail.

Regardless of the way in which fish are processed (gutted, cleaned and frozen) fish primarily make their way from Alaskan waters, to the mainland United States as well as Japan. These two countries represent the largest purchasers of Alaskan fish. In fact, many of the on shore processors are owned by businesses in the United States as well as in Japan. Often times, the price of fish in Japan drives the salaries of the processors in Alaska. Typically, of the $7 per pound the Japanese pay for processed fish, less than $1 of that will go to the fisherman. While this may seem like very little, fishing jobs in Alaska are still some of the most sought after because of the high salaries they offer workers.

It isn’t uncommon for people in some of the lowest earning brackets within Alaska’s fishing industry to earn salaries over $5,000 in a single season. Not only are workers paid well for their months of hard labor, but also the savings potential is very high. This is true for several reasons. The fishing season is long and often times hard. Some people will work shifts that take place at sea, while others work at on shore processing plants. Twelve-hour workdays can easily turn into an 18-hour workdays. This, along with the isolated nature of the work, mans that there are very few ways (and very little time) in which to spend your money. The type of job you procure, depending on the company who hires you might also take care of your housing, or at least reimburse you at the end of a season for following through with your contract. In any case, the point of working a fishing season in Alaska is for many people, almost entirely about earning money and with such long hours, well paid overtime and few ways to spend your money, most people leave the season with a hefty savings.