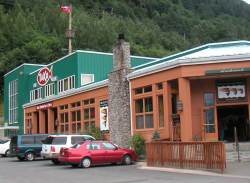 For summer, the majority of fisheries that take place revolve around salmon. However, there are several others species of fish that are processed during this same time but most commonly occur outside of the summer months.

If your work schedule is open in other seasons besides summer, there is great earning potential in Alaska’s other popular fisheries.

These include: cod, sablefish, snapper, crabbing, commercial halibut fishing, groundfish, herring and other shell fish. Take a look at the brief description of processing jobs for other fisheries during non-summer months. It’s a great way to expand your knowledge on the industry.

Cod, like salmon can be processed onshore at seafood processing plants or aboard factory trawlers, long liners and floating processors. Cod processing follows many of the same steps that other fish are processed under however, there are certainly some differences. The following is the general method in which Cod are processed. The process begins with the head removed by a machine, or by a person in charge of beheading. The fish are then filleted (again, through the use of a machine) and the skin, removed. The fish are then inspected under bright lights for defects that would make the fish unsafe for eating in a process called candling. Within the processing line there are positions where the bones are removed and bad parts of the fillet cut out, so the fish are safe for eating.

Bottomfish are processed in a manner that is fairly automated. Most fish within this category are frozen whole within blocks. The processing positions for workers who handle bottomfish involve mostly inspection, freezing and packaging. Flatfish are more difficult to fillet by hand and it is common for most of the organ removal to be done by the retailer.

Pollock fillets are processed almost exactly like Cod. Pollock are either processed and filleted like Cod or they are processed in a manner called surimi. Surimi means the Pollock are filleted, minced and then washed. They are then pressed to remove any excess liquid with the hope of an end product being a paste-like substance. The paste is mixed with other ingredients and frozen into blocks. Surimi might only require two people to oversee the machinery and to load and unload fish at the beginning and end of the process. Most surimi processing is done on floating processors and factory trawlers.

Halibut are gutted at sea and then processed in two different ways. One way of processing involves the head being cut off and removing the cheeks separately for individual sale. The rest of the fish is inspected, weighed, washed and frozen. For halibut that weigh over 120 pounds the fish is divided so four normal sized fillets are produced out of the single fish. This process is known as the fish being “fletched.”

As you might imagine the processing of crab is very different than that of fish. Their bodies are designed differently; their meat used in different ways and thus, the entire process is different. Crabs are first loaded via a large crane onto the processing boat. Most crabbing is done in the winter months and so workers should expect to be cold and wet if they’re working a job outside such as this one. Butchers are located inside the processing area and are responsible for separating the shell from the rest of the body and removing the crab legs. These legs are thrown into a large bin where they are transferred for gill removal. After they are cooked and cooled, the crabs are moved to a large brine tank filled with cold salt water. When the legs are frozen they are put in boxes and placed in freezers where they will await shipping. The crabbing industry almost always has quality-control specialists in the processing plants to ensure quality and correct processing.

Be sure to read more on the crab fishing industry on this website too. It is one of the most intriguing and famous fisheries in Alaska.